Lead with love. A sweet and simple phrase—but not so easy to live out—particularly in high school.

Actress Miya Horcher would know. She plays the bullied and unpopular student, Cassandra Evans, in the faith-based film Switched. Think Freaky Friday meets Mean Girls, but with examples of what it looks like to love your neighbor in everyday life including using social media for the good. While Switched is a fun body-swap movie, it also delivers relatable teen angst, problem-solving, and evolving friendships.

SoCal Voice is an advocate for faith-based films and is pleased to bring you updates on current and upcoming movies on a regular basis. With the growing popularity of this delightful film, we were honored to interview Miya Horcher about Switched, her faith, acting, and more.

Miya endured her share of bullying in school. She never thought those painful experiences would turn out to be helpful until she landed the role of Cassandra Evans in the movie Switched. She’s also discovered that dealing with rejection goes with the territory as an actress. “It’s a hard business. You get told no more often than yes,” Miya says. “In the beginning, it was so hard when I didn’t get the part. I wanted to give up. But I’ve also learned so much like faith in God and myself.”

Now twenty-one, Miya started acting when she was thirteen. Although there were hardships and disappointments along the way, she continued to pray and trust God’s plans. “Proverbs 16:9 says we can make our plans but the Lord directs our steps. So, when I feel overwhelmed, I trust that God has bigger plans for me even if I didn’t book a job. Sometimes I don’t know what those plans are but I trust Him to get me to where I need to be.”

Along with her faith in God, Miya’s love for acting and encouragement from her family helped her learn to tell herself she was not a quitter and to keep trying. Rather than allow it to get her down, she chose to use the difficulty as fuel to try harder.

It runs in the family

One of five siblings, Miya has two older brothers and two sisters—one older and one younger. Her sisters, Madalyn and Madison, are also actors. When they were growing up, Miya’s mom stayed home with the kids and her dad served in the navy. As a navy family, the Horcher’s moved all over the United States and a few foreign countries. “I’m not sure how many times we moved, but it had to be in the double digits. But no matter where we lived, we always went to church and had family time every Sunday. It was a day to relax and praise God.”

Although Miya’s younger sister is the only one still living at home with her parents, the Horcher family remains close-knit.

When Miya read the script for Switched she was hooked. “It was organic and funny without being cheesy. And I loved that it was faith-based.”

Miya’s character Cassandra plays the guitar which meant Miya took a crash course in playing basic chords for the movie. “The director John Graham was so nice and patient with me even though he told me I had only a week to learn the song!” Miya laughs.

During filming, the entire team worked together on set seamlessly as lasting friendships were built. Miya continues to stay in touch with the other actors including writer and producer, Alexandra Boylan who also plays the science teacher in the film.

Perhaps even more rewarding than starring in the movie is the outpouring from viewers. “People have been telling me how Switched is helping them and that is such an amazing thing,” Miya says. “This is what I want to do for the rest of my life.”

Miya will continue her education with online classes at Pierce Community College in LA.

Although acting has been slow due to the COVID-19 pandemic, Miya continues to work on acting, dancing, and music. She hopes to branch out in other forms of entertainment in the future.

For more about Miya and Switched go to https://switchedmovie.com/ 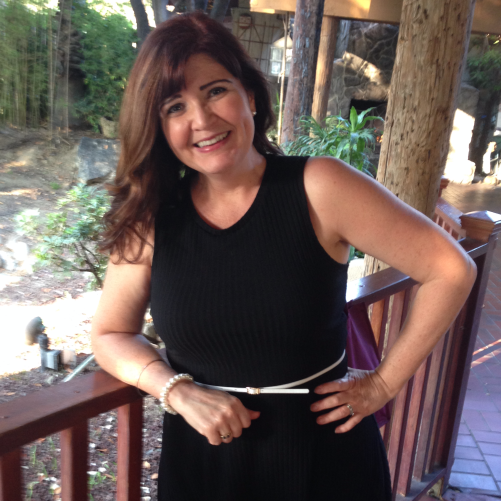 Beckie Lindseyhttp://www.beckielindsey16.com
Beckie is the Editor of Southern California Christian Voice. She is a wife and a mother of three grown children and two adorable cats. She is an award-winning poet, published freelance writer of magazine, website and newspaper articles as well as devotions and studies. Her desire is to see others not only know the truths of the Word of God, but to also experience them personally and practically in everyday life. Learn more about Beckie on her blog: beckielindsey16.com

REVIEW: ‘Bumblebee’ is a different type of Transformers film (and that’s...