When to call the school

GRAYLING — According to Assistant Principal Sarah Allen, Grayling High School has now gone to an online system for reporting bullying. This makes it easier for students to report the incidents and keeps reporting it more private.

Many times the victims of bullying are too ashamed or embarrassed to talk about what happened. This way they can take their time and write everything which happened without embarrassment. Bullying should always be reported when it happens on school property or during school hours. This would include time spent on buses, field trips or at activities like athletic events held after school.

“Grayling High School has an online harassment form that students can fill out anytime and anywhere. It is important for students to be clear and give as many details in their harassment form as possible. This could and should include cyber-bullying if there is something happening that the school can help with,” explains Allen. “After students fill out the harassment form, it is then followed up with by the assistant principal. “My best advice for victims and their parents regarding bullying is that they report it and don’t take matters into their own hands. Many students don’t report bullying and schools cannot help fix things they don’t know about. We don’t know what we don’t know.”

Trooper Corey Hebner of the Michigan State Police Post in Gaylord tells parents to “use good judgment” before calling the police. If the bullying involves assaultive behavior, threats of physical assault or weapons off school grounds, contact law enforcement.

“Threatening to harm someone is assault. It’s a crime,” notes Hebner. “Battery is when a bully is physically attacking someone.”

In the case of verbal bullying, where a student is being called names or put down verbally in some way on a regular basis, Hebner recommends first trying to contact the bully’s parents. If this does not bring positive results, then contact police.

Finding new ways to get places can also help. For instance, if the child is being bullied on the way home from school, have them take different streets to stay away from the bullies. Or let the bullies get off the bus, or leave from school, first.

When it comes to cyber-bullying, Hebner tells parents, “Monitor what your child does. Have them get off of social media, apps, stay away from chat rooms, if they are being bullied on these.”

When to seek Counseling

In her experiences helping others as a counselor at Catholic Human Services in Gaylord, Pam Morgridge has found often those struggling with alcohol and drug addiction will note having been bullied as a key factor in why they began experimenting with substances in the first place.

Bullying’s effects on children and teens can be spotted early. Short-term effects of bullying can include depression, anxiety (especially related to activities with others), low self-esteem, trouble sleeping including nightmares, physical symptoms like headaches and stomachaches, bedwetting, drops in grade average and higher absentee levels from school.

Perhaps the most difficult issue with solving the bullying problem is the victims often don’t speak up. A study conducted by the U.S. Department of Health and Human Services has concluded less than 40 percent of those being bullied will tell anyone.

“Kids don’t want to be targeted,” Morgridge said. “They may fear more bullying will occur as a result of telling someone. It’s also an issue of low self-esteem. Instead, victims tend to isolate themselves. They may also find it difficult to trust others enough to report it.”

Morgridge says because of the silence of victims, adults really need to be involved. Those who work with children should watch the interaction between them.

According to the U.S. government Web site, StopBullying.gov, children who are bullied often have certain risk factors. These include:

• Are perceived as different from their peers, such as being overweight or underweight, wearing glasses or different clothing, being new to a school or being unable to afford what kids consider “cool”

• Are perceived as weak or unable to defend themselves

• Are depressed, anxious or have low self-esteem

• Are less popular than others and have few friends

• Do not get along well with others, seen as annoying or provoking or antagonize others for attention

“If you see bullying occurring, act immediately,” Morgridge tells parents. “Separate the children. Get the bully away from the victim.”

Adults should address the bullying behavior and tend to the victim. Let the victim know they are OK.

“The more the victim can talk, the better,” Morgridge said. “Counselors can help them develop some tools to deal with the situation.”

While counselors can be very helpful, just getting the victim to talk to adults about the problem has tremendous benefit. If the bullying happens in school, Morgridge encourages the parents and victim to talk with school counselors and work out a plan.

Morgridge says one of the best things parents, youth workers and school administrators can do is encourage the children and teens themselves to become involved. Children who step in and stand with the victim can usually defuse the situation. Then, report the incident to an adult. 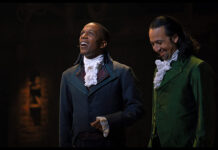 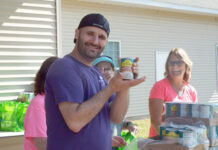